Eyes to the Sky

St. Martins, New Brunswick, Canada is known for its spectacular sea caves coastal wildlife, but it wasn’t the caves that afforded me a spectacular experience! With the sea caves looming in the background, I watched and moved into position as a great blue heron was fishing along the rapidly receding tide line. Eventually, the heron struck the water, coming back up with an 8-10 in sculpin wriggling in its beak. This alone was success enough…but what was in store was beyond my dreams.

The heron had just settled to consume its meal when I saw the figure of bird in my upper peripheries…a bald eagle. Over the cliff edges it came, flying directly overhead before wheeling about. Suddenly, it hit me what was about to happen, and less than one hundred feet from me.

Wheeling about in the air, the eagle tucked its wings, readying itself for the stoop. Down like a bolt, it came rocketing toward the heron from on high. Out of what I could only imagine was pure terror, frustration, and self-preservation, the heron knew it had only one course of action, flight. The eagle gave no quarter. All the heron could do was avoid the path of those outstretched talons. The two nearly brushed wings as the heron took flight.

What I found most remarkable from viewing the photos is the size comparison of the species next to one another and the differences of their body shapes (morphology). 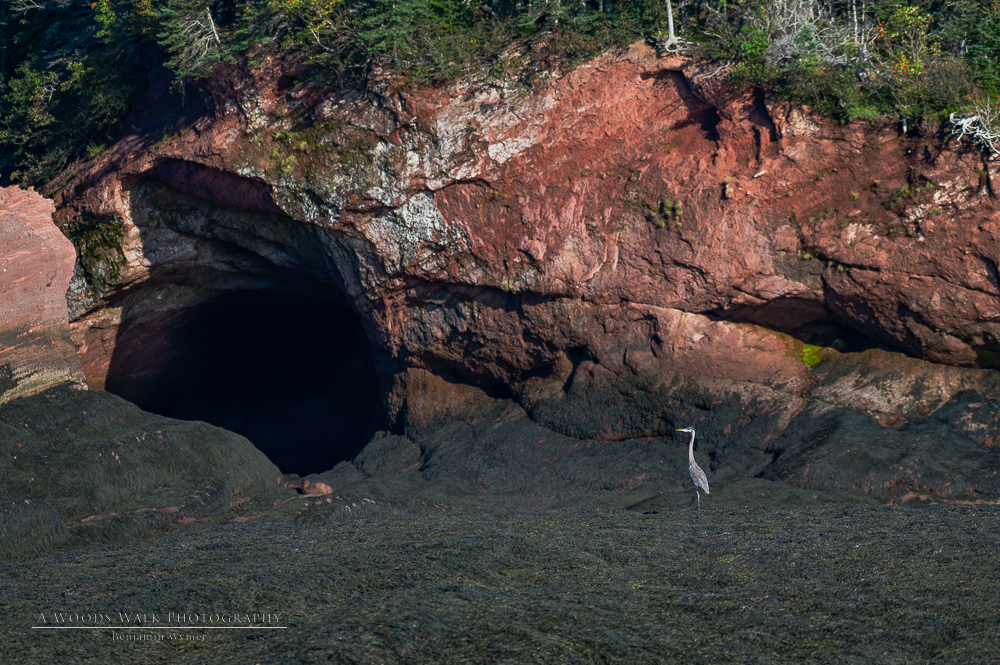 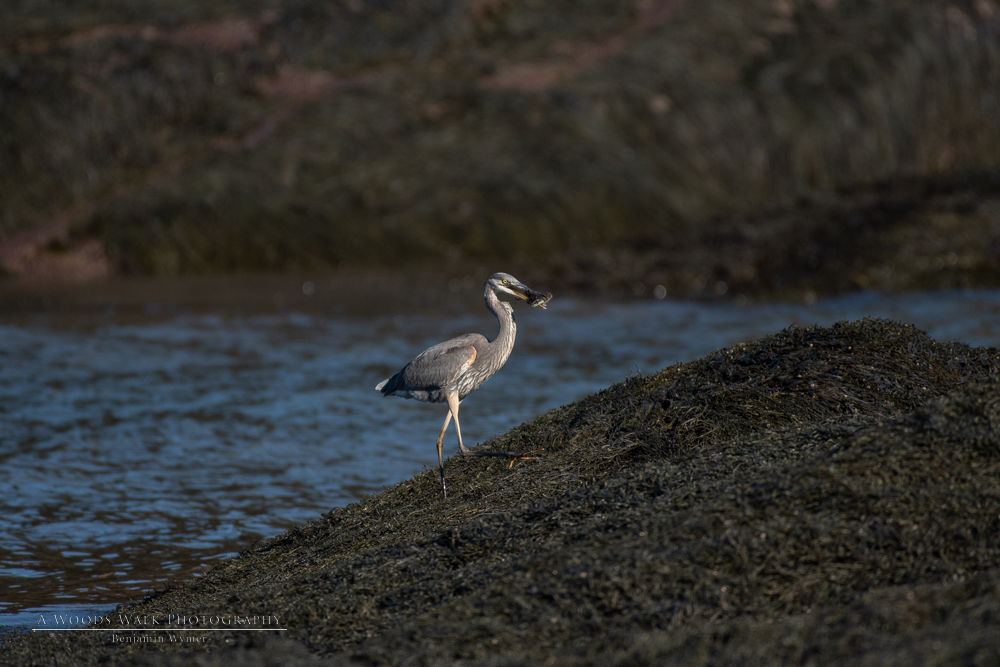 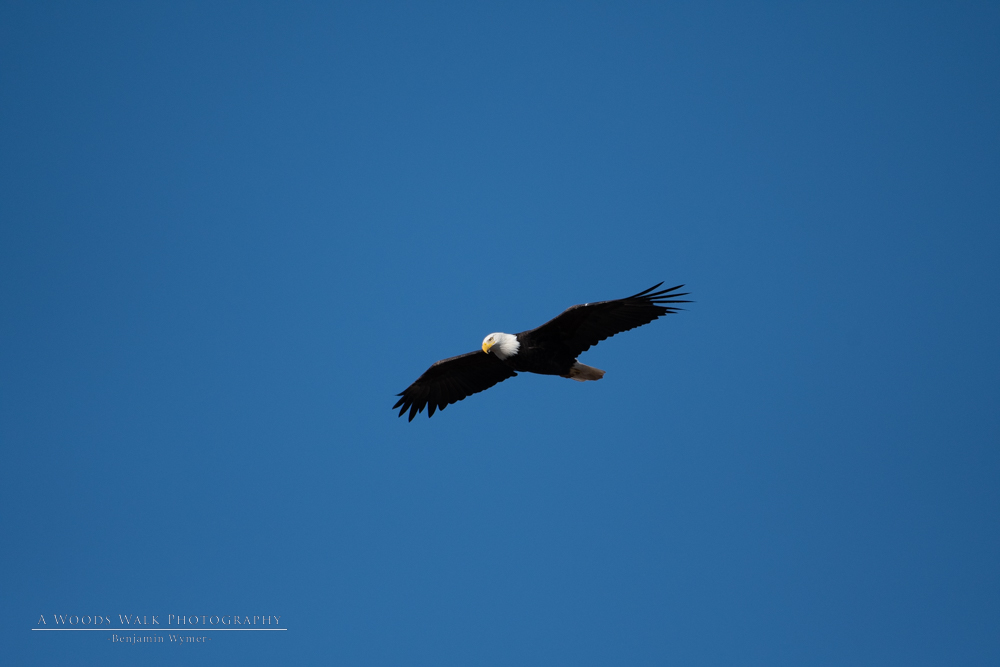 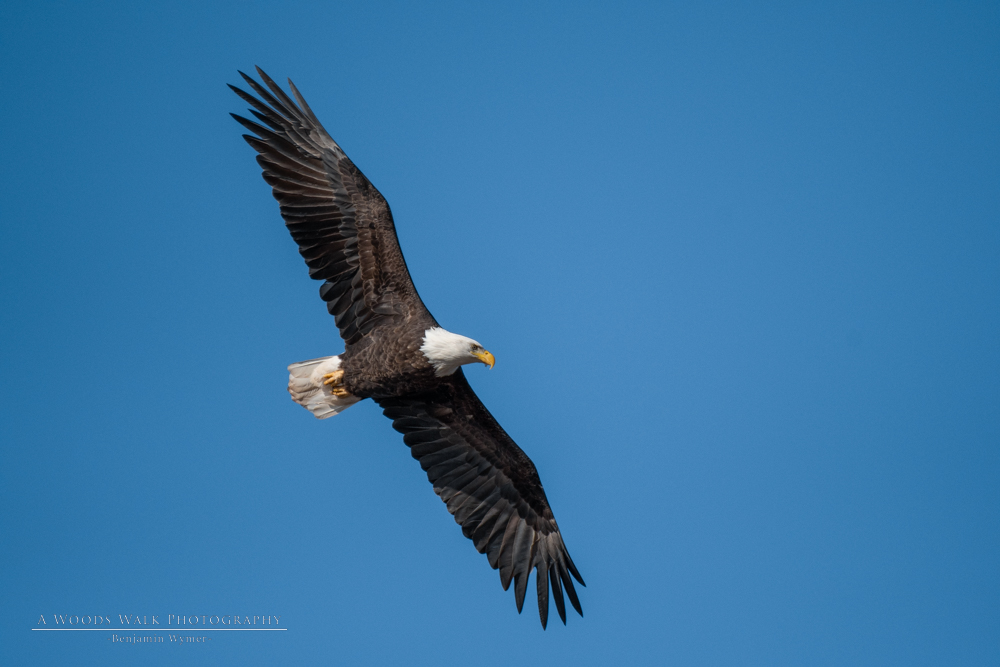 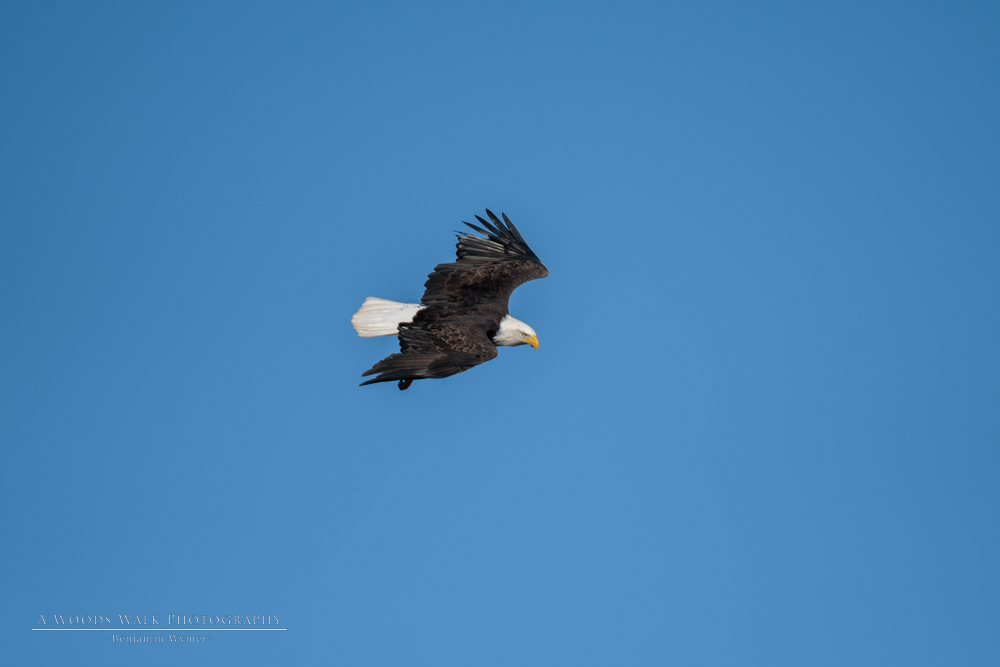 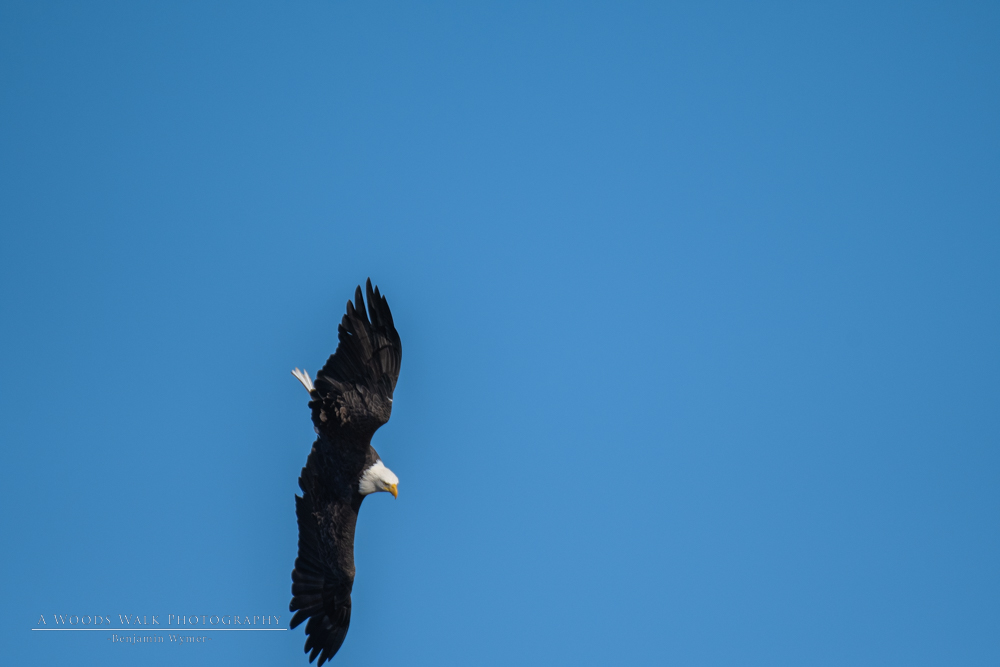 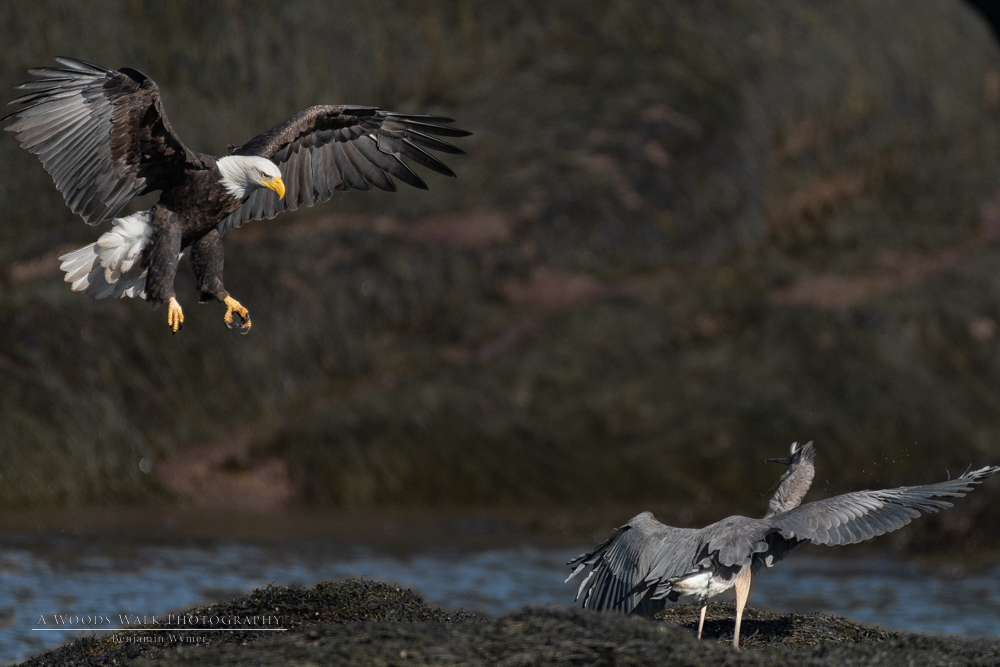 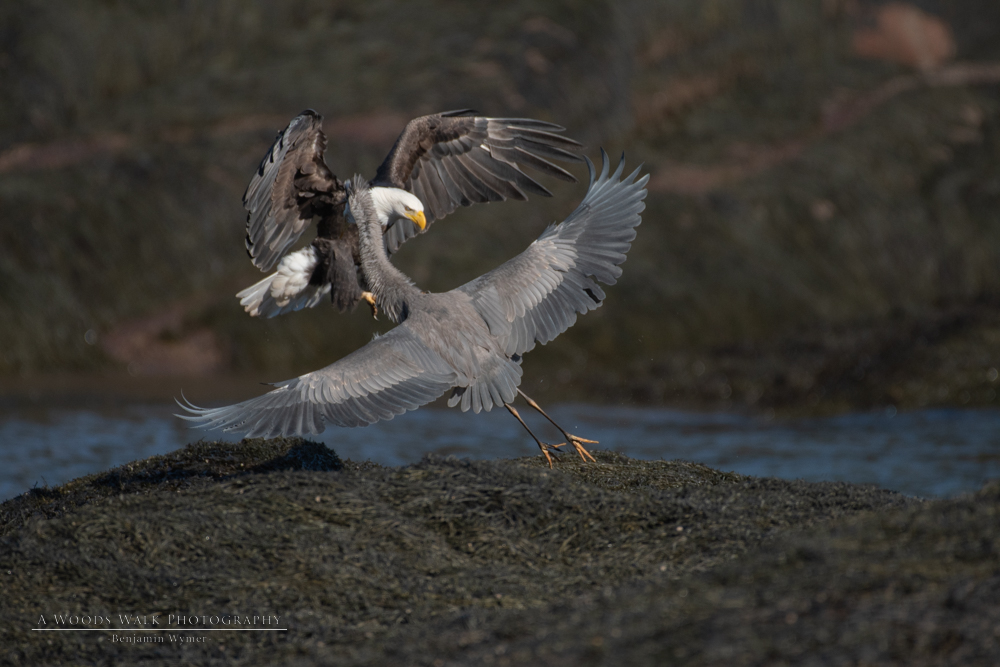 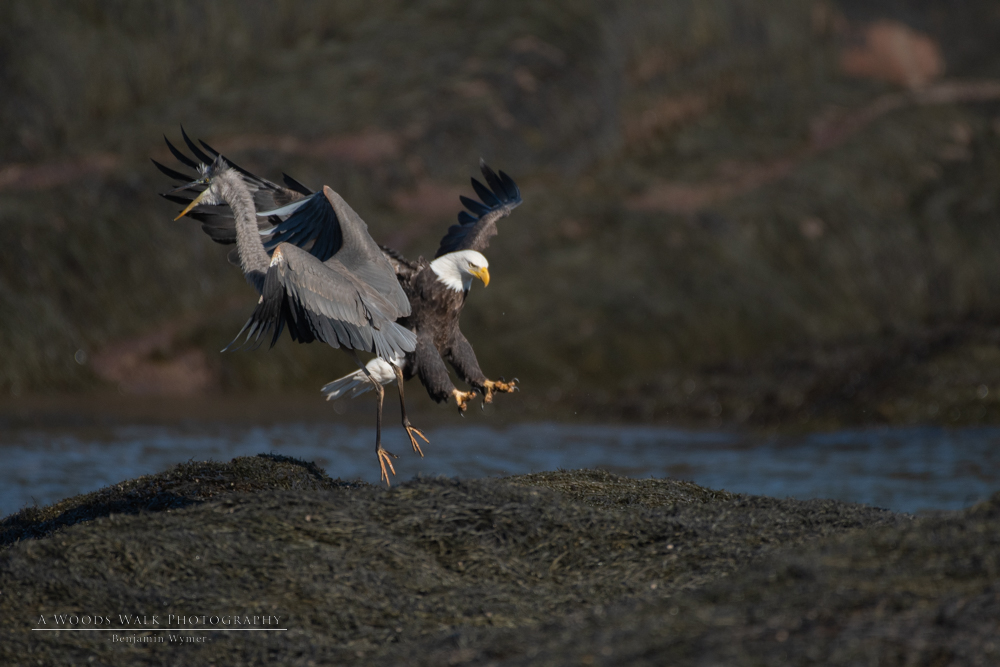 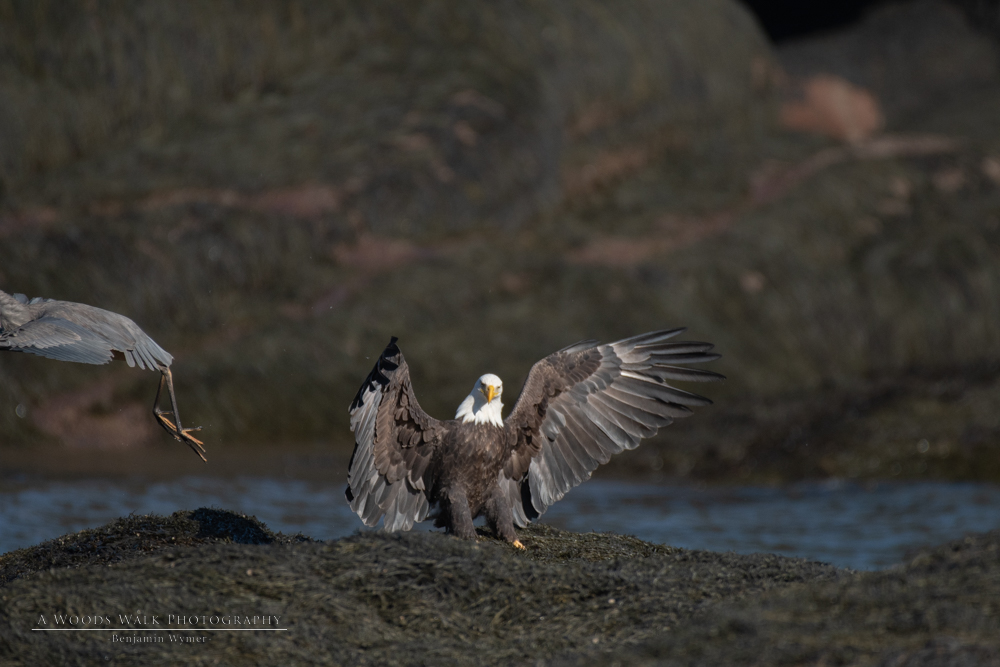 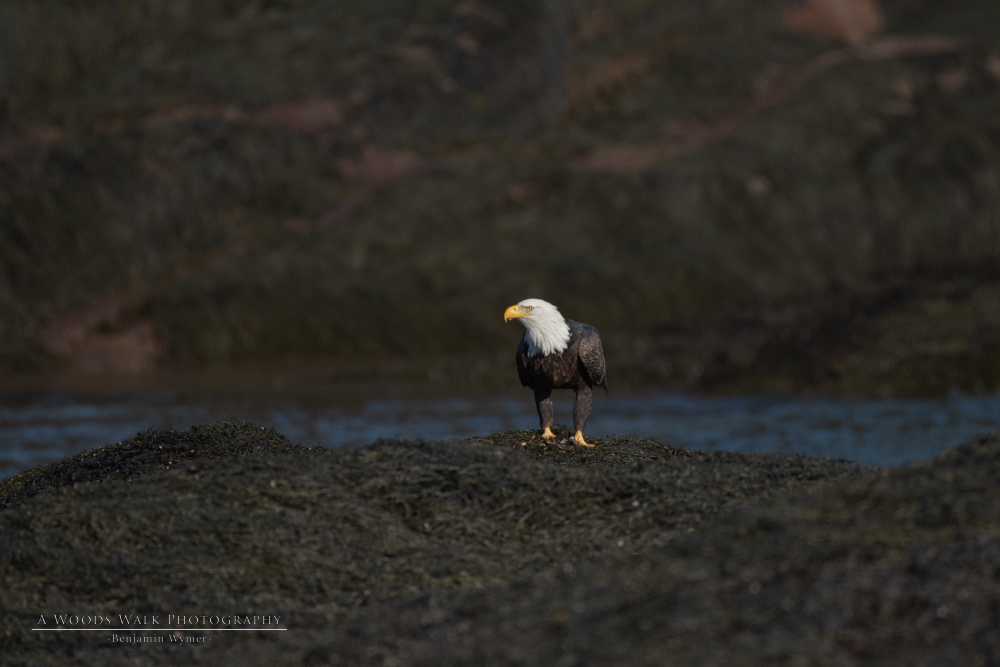